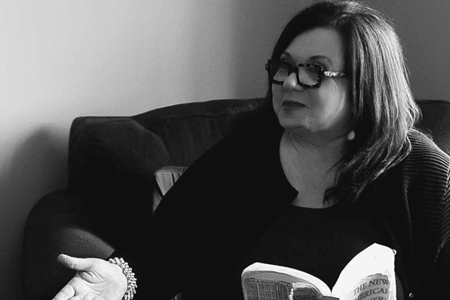 Deeply inspired by both parents, Janet Amid began her tutelage at a very early age. Her parents both immigrants hailing from the Middle East, were interested in the more mystical and spiritual side of life. Her mother a born intuitive was instrumental in teaching Janet the art of reading people, paying attention to more than the obvious. As Janet recalls her mother had "great vision" and was strongly connected to the spirit world. Mrs.Amid was a coffee grounds reader and highly recognized in her community for her extraordinary gifts. Janet was once that most people were unaware as to what was taking place around them, they were either too busy or too distracted to see what is truly in front of them. “My parents showed me that life is about being aware, being open, looking beyond. My father an avid reader, a philosopher at heart once said “The unexamined life is not worth living” – Socrates . “This quote has stayed with me my whole life. It summarizes my parents and the lessons taught.

Janet’s father, also an important influence; worked with numerology and astrology, teaching her that we are part of a universe greater than ourselves. After her fifth birthday party, she saw her father practicing astrology at the kitchen table in their home, aligning stars and planets to figure out what was coming in the next days and months. Curious from that point on, her journey and teachings with her father began.

“He explained that just as we are all born with a genetic code, we are also born under a "cosmic code" that influences us,” she remembered. “However, with humility in heart, he always said “ The free will is the higher law of the universe.”

Her father began teaching Janet, not only astrology and numerology, but also the teachings of King Solomon, Socrates and Plato, every Friday evening until his death in 1984. Janet knew then that this was her calling in life. Her parents,though formally uneducated, valued education to the utmost and it was strongly instilled.. Along with her degree in Life Coaching, Janet's background is in Psychology, and both her sisters graduated from college: the youngest Jeanine became a highly recognized City prosecutor in Upper Arlington, Columbus, while the eldest Mona became an quality control engineer. In addition, her brother Andy from her fathers first marriage became a recognized therapist, writer and advocate. Her sister Rhea, became a highly recognized, respected legal secretary, though Janet believes her qualifications. insight, and extraordinary "comedic storytelling" was unique, as well as her high intellect. She is and was always a born leader.

“My goal in life has always been about helping people find their way,” she explained “ My father taught me that if I have knowledge or insight I need to share it.” “To teach others as I have been taught”. My father once said “ What sculpture is to a block of marble, education is to the human soul". Joseph Addison

After living away for a while, Janet eventually moved back to the Toledo area and began working as a guidance admissions officer for both Stautzenberger College and the RETS Institute of Technology. However, Janet slowly began to build upon her astrology practice, working diligently at night and weekends, slowly increasing her clientele base. Her one time passionate hobby suddenly became a steady business. Within a few years,Janet began to incorporate writing as a columnist for various publications, 39 years as a radio personality, and periodic television appearances into her already busy schedule. Eventually, the side business became overwhelming and began to interfere with her full-time work. “My supervisor, Mr Wayne Patton, who was more like a mentor and father figure to me, since my own father having passed away in 1984,” said. ‘You need to work for yourself, you're good at what you do, this is your calling. There is a reason for why you are who you are.’ “Grateful for his advice, I've been fortunate in my success ever since.”

In April of 1989, Janet opened her office on Monroe Street in Toledo, Ohio where she has continued to flourish thanks to the support of her clients and friends. Her approach to her business she states, has always been a bit on the conservative side. She incorporates psychology in to her the metaphysical aspects of her work. Her main focus is not telling people what to do with their lives, she insists, but helping them find guidance to follow their own path.

"The majority of the questions I get are about love,” she said. “Everyone struggles with relationships. “ I feel that life is such a drive through, we don't take enough time to really know what is in each others’ souls. "Let love rule thy heart, logic rule thy mind and faith rule your soul."

She said her own life experience plays a part in the readings she gives; it is part mystical, part common sense and part an understanding of human behavior that influences her approach. She said clients come to her stressed and anxious and she helps them to relax into what their future holds, doing for their mind what a masseuse might do for their body.

“I act as an anchor for people sometimes, showing them they have the ability to find their own way,” she described. “Everyone has their own reality, I just try to give them an understanding of what their purpose is here.” “You are never given a wish without also being given the power to make it come true. You may have to work for it, however.” Richard Bach

She writes for the Sylvania Advantage publications, and can be heard on radio every Monday morning from 8:10 AM until 8:20 AM ON 93.5 FM, with Denny Schaffer, Paul, & Suzi, taking your calls live.

If you found this story interesting, informative or inspiring please let Janet know!

You may contact Janet Amid at 419-882-5510, visit her website at www.janetamid.com,, or just send a quick email to JanetAmid@aol.com,